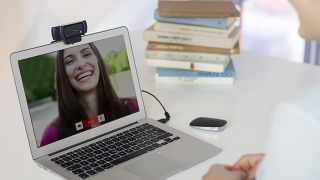 Here at TechRadar, we don’t think the best webcams get enough love. All the best laptops have them built in, tablets have front-facing cameras and, well, so do phones. But, what about the best PCs? That’s where products like the Logitech C920 Pro HD webcam come in.

This $79 (£89, AU$129) webcam is perfect for anyone that uses a PC for their daily work, or even if you’re looking to do some Twitch streaming in your downtime. It’s capable of Full HD (1080p) video capture, and won’t stick out too much from your monitor – or wherever else you decide to put it.

Luckily, if you’re looking to add this to your PC setup, Black Friday and Cyber Monday are right around the corner, and we fully expect the Logitech C920 Pro HD webcam to be front and center in many retailers’ deals. Because, why would you pay full price for one of the best webcams, when you can wait a bit for a killer deal?

The Logitech C920 Pro HD measures in at just 1.14 x 3.70 x 0.94 inches (H x W x D), which will fit in perfectly no matter where you put it – without becoming an eyesore. This is great, because with its glass lens capable of 1080p video calling, you won’t be one either. What’s really important to us, however, is the cable length here — the Logitech C920 Pro HD has a lengthy, 5-foot cable, so you won’t need to perform any cable gymnastics to connect it to your PC.

It’s not just a Full HD webcam, though: the Logitech C920 features automatic light correction technology that will make sure video is clear and color accurate no matter where you’re working from. The webcam then tops it off with premium autofocus, so you can spend less time fiddling with settings and more time actually focusing on your video call. It’s also packed with two microphones, on either side of the camera, for solid audio processing, though you might want to use a separate microphone anyway.

And, we’re sure that there are going to be a ton of Black Friday PC component deals out there that will make webcams like the Logitech C920 even more affordable.