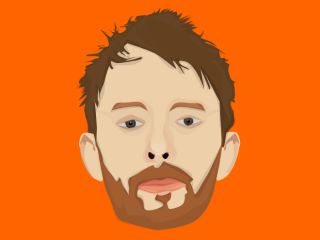 Radiohead's new album has just been released on CD, months after its web debut

Releasing an album online only and not on the high street would be a bonkers move that even Radiohead frontman Thom Yorke would not try. He says that releasing Radiohead's latest album In Rainbows on the internet and not in stores would have been 'stark raving mad'.

Radiohead caused a stir when they announced their new album would be available online first, with fans choosing exactly how much they wanted to pay for it. But Yorke says this business model is not one that would work without physical disc sales backing it up.

The album was released this week on CD with small label XL Recordings.

"We didn't want it to be a big announcement about 'everything's over except the internet; the internet's the future', because that's utter rubbish. And it's really important to have an artefact as well, as they call it - an object," Yorke told BBC Radio 4.

"We have a moral justification in what we did in the sense that the majors and the big infrastructure of the music business has not addressed the way artists communicate directly with their fans.