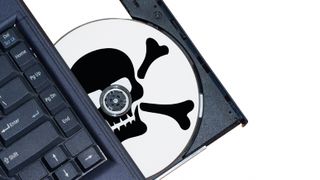 Is the The Motion Picture Association chasing a red herring? A recent court order in its favour means that UK ISPs are being forced to block two pirate film websites – Movie2K and Download4All.

However, pro-piracy 'activists' (or free-film enthusiasts as nobody calls them) set up a copy of the Movie2K website almost immediately to get around the restrictions.

The MPA has identified 25 sites that it would like to have shut down, which it argues infringe on copyright law.

The UK's largest ISPs, BT, Virgin, Talk Talk, Sky and EE, are all believed to have complied with the order and blocked access to the sites.

If at first you don't succeed, find a proxy

The Pirate Bay was the last major pirate website to suffer at the hands of the MPA, with UK ISPs restricting access to it.

But internet pirates found ways around the restrictions by using proxy websites and continued to illegally download content.

The Pirate bay ended up going on the run, jumping from host-country to host-country. It's not clear, however, if the owners of Movie2K or Download4All care that much to live as a fugitive.