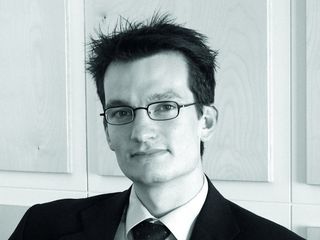 TechRadar has spoken to Struan Robertson, editor of Out-Law.com and Legal Director of Pinsent Masons LLP, about the Twitter Joke Trial and he believes that it is unlikely those repeating Paul Chamber's original 'terrorist' tweet will face prosecution.

At the time of writing this, the current top trending topic in the UK is #IAmSpartacus, a hashtag that thousands of users have applied to Paul Chamber's original tweet, which landed him with a criminal record this week.

Robertson explained to TechRadar that "It's highly unlikely that action will be taken against those repeating what Chambers tweeted.

"While lots of people saw Chambers's original tweet as a joke that, at worst, was in bad taste, the prosecutor and the judge clearly didn't. They saw it as criminally menacing.

Robertson continued: "I can't see a prosecutor taking action over the retweeters, though. Aside from the profile of this protest, the retweeters arguably make clear their satirical intent by using the Spartacus hashtag."

The Out-Law.com editor does warn, however, that those using the hashtag aren't completely safe from the law, saying: "It's worth noting that you don't avoid responsibility for a message just because you're repeating what somebody else said.

"A person who retweets a libellous message could themselves be sued for libel – and if they have more followers than the original author, they could be facing the bigger payout."

This may be food for thought for all the celebrities who have jumped on the Twitter Joke Trial bandwagon.