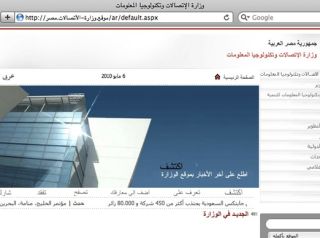 The first non-Latin script domains are now online, with Arabic script now being allowed by ICANN.

Egypt's Ministry of Communications site at http://موقع.وزارة-الأتصالات.مصر/ is one site already taking advantage of the changes, which you will only be able to see if your browser allows IDN support.

The Latin script had been the only allowed by the Internet Corporation for Assigned Names and Numbers, but the need for foreign alphabet sites has become increasingly clear.

"The geographic expansion of the Internet and the corresponding increase of use by various linguistic groups or communities resulted in the need for domain names also to consist of characters from all scripts used in the world today, said ICANN's Tina Dam.

"Content written in various languages has been around for a long time.

"The fact is that for example websites where the content is all in Hindi should also have a web-address in Hindi.

"Web content in various languages has been around for a long time. The matching addresses are now here."