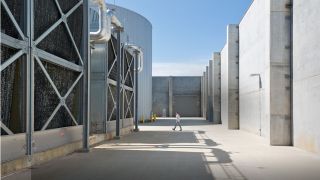 Apple has begun work on two new data centres in Europe, to keep up with the increasing demand for its cloud-based services in 19 countries on this side of the Atlantic.

The company has pledged a whopping £1.25 billion (about $2 billion, AU$ 2.2 billion) to build and operate these data centres, each of which will measure 166,000 square metres, 22 times bigger than Manchester United's Old Trafford football pitch.

County Galway, in Ireland and Jutland, in Denmark, have been chosen to house the data centres, both of which will be opened in 2017 and will run exclusively on renewable energy.

More than 18,000 people are employed across Europe by Apple with more than 2,000 added in the last year alone. The company also revealed that European developers have earned in excess of £4.85 billion ($7.5 billion, AU$9.5 billion) since the launch of the App Store in 2008.