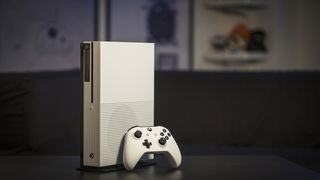 All good things come to an end, and such is the case with the 2TB white Xbox One S. The console, which just went on sale August 2, was a limited launch edition … apparently.

Before the console was released, Microsoft had told gamers at E3 that it would produce a 2TB Xbox One S alongside 1TB and 500GB versions, but only the 2TB version would be available over the summer.

It turns out the 2TB console is only available over the summer.

"The 2TB Xbox One S was released as a special launch edition in limited quantities only," said a Microsoft spokesperson in a statement to GameSpot.

The worst news? It's almost completely sold out according to Eurogamer, who said that Microsoft will not be replenishing the stock of retailers who have already sold through their allotted amount of units.

Thankfully this won't be the last time you see an Xbox One S with a large hard drive, however – there's the crimson Gears of War 4 edition Xbox One S available for pre-order now and, likely, several more special edition consoles planned for the holiday season.

If Microsoft wanted a salvo against Sony's 20 million unit lead in this console war, the Xbox One S has turned out to be the hardware the Redmond, Washington-based company desperately needed.