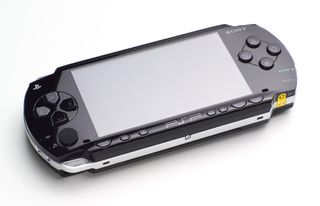 Apparently, 42 per cent of men surveyed said they use their PSPs most

That old saw about lies, damned lies and statistics is often wheeled out by politicians but since when have respectable market researchers been using it to talk about video games?

A new survey in Japan by Net Asia must have been sponsored on the quiet by Sony, because it claims to show that the PlayStation Portable is actually more popular than the

Apparently, 42 per cent of men surveyed said they use their PSPs most, with the DS Lite second on 30 per cent. What the researchers either deliberately or purposefully failed to do, however, was to add the numbers of players of the original DS design to the total.

Throw in the responses for what is essentially the same machine in a different case and the PSP's advantage disappears in a cloud of smoke - the real DS figure becomes 47 per cent. Just what you'd expect, in other words.

Net Asia's figures for female gamers are just as silly, although they do underline how unpopular the PSP is with women.

A huge 80 per cent of the fairer sex plumped for the DS, leaving the Sony device floundering on just 9 per cent. Quite why the report received the headline it did is anyone's guess.