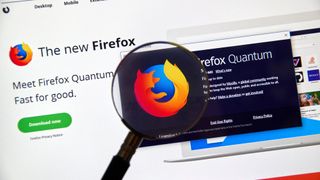 Several Firefox users have found themselves unable to download files from the internet after updating their browser. A group of users reported the problem after updating to version 69.0.2.

Not everyone is at risk, and most people have upgraded with no issues. The problem seems to affect Windows 10 users (either 32-bit or 64-bit) with parental controls activated on their device, who are part of a family group.

According to reports on Bugzilla (Mozilla's bug reporting site) and Reddit, when an affected user tries to download a file, the download fails immediately and an 'empty' file appears in the Downloads folder.

No problems have been reported with Firefox for other platforms and operating systems, so Mac, Linux and mobile users needn't worry.

Mozilla has identified the issue (the Windows 10 parental control that prevents kids downloading files was being activated accidentally) and has developed a fix that's currently available in the Nightly build – a version of Firefox that gets updates more immediately, before they're rolled out to the wider user base – but not yet in the stable release.

If you're having the problem, one option is to uninstall the browser and revert back to version 69.0.1 and disable automatic updates in the settings.

Alternatively, you could switch off parental controls on your device, or remove it from the family group as described in Microsoft's step-by-step guide. However, if you have kids who use the same machine, that might not be practical.

Finally, you could switch to a different browser like Chrome, Edge or Opera temporarily, assuming you already have one installed (the Firefox bug will prevent you from downloading an alternative if not).

Keep an eye on Mozilla's release notes to see when a new release including the fix is available.