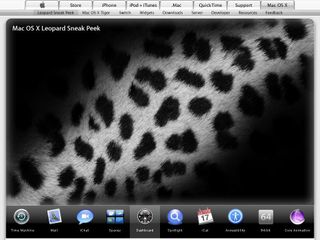 So, Apple's making a tablet computer, we hear...

Another day, another Mac OS X tablet computer rumour - this time from the granddaddy of all Apple analysts, Gene Munster.

The prominent Apple watcher says he's absolutely certain that the fabled tablet device will arrive early next year and that it will sell for somewhere between $500 (£295) and $700 (£415).

Munster says he knows this because one of the regular Apple hardware suppliers in Asia told him it has orders from the company for a touchscreen device that are due by the end of this year.

He also states that the new tablet Mac will run App Store applications, suggesting it is indeed the swollen iPod touch we all believe it to be.

However, Munster throws a wrinkle into the prediction by suggesting Apple could be about to start selling e-books through iTunes, thereby positioning the new machine as a direct competitor to Amazon's Kindle.

As always, Apple has had nothing to say about the speculation, although we somehow feel this all has a ring of truth to it.