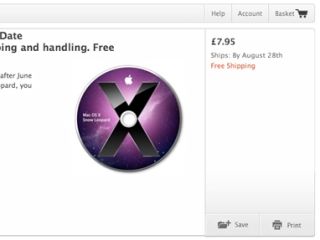 The US Federal Communications Commission (FCC) has approved documents relating to a new 'magic trackpad' from Apple.

The documents in question relate to compliance testing on an Apple product, model number A1339, which is simply defined as a "Bluetooth trackpad."

The testing was completed back in October 2009, with many now speculating that the new Apple multi-touch trackpad should be arriving on the online Apple Store sometime very soon.

Engadget speculates that the news "could mean it'll be announced as early as this week."

The FCC documents don't really reveal too much more about the look of the device, focusing instead on the trackpad's frequency, power draw, interference and radiation levels.

The device was tested with a MacBook, but could also be used with other Apple devices, although exactly which ones is still to be confirmed by Apple.

Via Engadget and Ars Technica