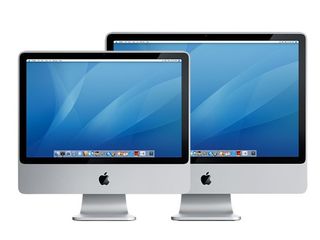 Computers and damp. Never the best of friends. But it's especially frustrating if you've just shelled out a small fortune for a new 24-inch iMac.

Apple fan sites appear to have dumped their recent iPhone-fawning in favour of lending space to panicked buyers. Condensation seems to be appearing on many models between the flat panel and the glass cover, but Apple hasn't yet released any official word on the problems.

Cupertino, we have a problem

A quick pop over to the Apple Support forums confirmed the same. As usual, the forums are generally populated by a handful of know-it-alls, but reading between the lines the cases appear genuine.

"I think having a metal case is the blame. The aluminium holds the heat (or cold) very well," reasoned user mmmmark. It appears the issue is caused by the gap between the screen and glass - which is not air tight. Like windows in the home, the temperature differential between the two panes causes the condensation to appear.

Many users report the problem to disappear fairly swiftly once the machine has been powered on for a time. One user from Paris reported that he had taken his machine back which had then been dried out.

However another, Sir Lancaster, said he got the condensation again after two days. His local Apple retailer told him "that many customers have reported the same problem."