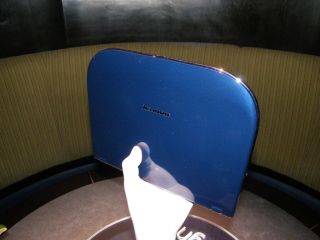 Snapdragon mobile device chips have a competitive advantage because of their integrated 3G and wireless capabilities, believes Qualcomm.

In a technology briefing with TechRadar, the company added it would be announcing a 1.5GHz dual-core version of the Snapdragon chip later this year.

"The next Snapdragon is our 45nm version, starting this month [currently the 65 and 80nm parts are in circulation]. We'll have the 45nm 8X50A at 1.3GHz and then the dual-core which will be available in the second half of this year, in products for 2011, at 1.5GHz, the 8X72." The latter chip will have full 1080p capabilities.

Pineda also welcomes Intel's low-power processors and Nvidia's Tegra 2, though is clear to state what he perceives Snapdragon's competitive advantage. "We see this as an absolute confirmation of how important this market is to the industry and to consumers. They are very capable competitors, leaders in their areas and it brings a bigger challenge for us as we enter this space beyond the cellphone."

"It pushes us harder to deliver industry-leading chips. The key differentiators and advantages we believe we have is our long history of wireless expertise and an integrated approach. Nvidia is an application processor – no integrated wireless, 3G. Intel is the same.

"So that's a key value we bring to the consumer – that's what's enabling phones to be as thin as possible. It's not surprising that Intel and Nvidia are prioritising this area more."

Pineda then moved onto Snapdragon-based netbooks, a category Qualcomm refers to as smartbooks*. We asked that, given the previous lack of success of Linux on netbooks, can non-Windows netbooks be successful? "I could talk forever about that, but in short we're not looking to build a laptop. We're not looking to enable a netbook – those are Windows-based devices.

SNAPDRAGON NETBOOKS: HP showed off its Snapdragon-based netbook at CES

"Our strategy is to focus on user experience - which OS is not as relevant." Pineda added that Qualcomm was one of Google's partners for the upcoming Chrome OS.

Pineda was also keen to stress the strength of Qualcomm's strategy as an ARM partner. "We're one of a handful of architectural licensees where we have the licence to modify and still comply with the instruction set, but build our own custom microprocessors.

"We've done that on the Snapdragon... it's based on the V7 instruction set, but it's not one of their standard Cortex off-the-shelf cores. We did our own custom CPU... [we] optimise the trade-off between performance and power so we have full rights to that and it's our own custom CPU.

"We own the core, we designed the core, but we license the instruction set. The strategy of Qualcomm is paying off because we differentiate our CPU versus Texas Instruments, Marvell, Freescale. We've built up a large team which gives us the skillset and technology capability to build future instruction sets."

*Smartbook is a registered trademark of Smartbook AG, but in this interview Pineda uses smartbook as a generic term for a device which falls between smartphone and netbook.