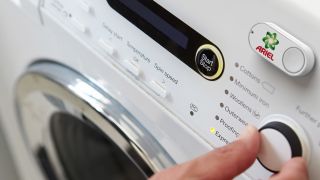 Amazon's Dash Buttons will officially cease to function by August 31, following their discontinuation in February this year.

The news may come as a surprise to loyal Dash users, who were assured by Amazon that it would continue to service the self-adhesive controls as long as customers continued to buy products through them.

Launched in 2015, the Dash Button was intended to be placed somewhere convenient inside your home, so that you could re-order items from Amazon with a single press.

This allowed time-pressed customers to order everything from laundry detergent to macaroni cheese, with Amazon charging their accounts and dispatching the items as soon as possible.

Did Alexa kill the Dash Button?

As the Dash Button doesn't give you any indication of price when you place your order, Amazon has been criticized for the time-saving devices; after all, Amazon's prices fluctuate all the time, and using the Dash Button means you don't have the opportunity to shop around for a better price.

The demise of the Dash Button could also be attributed to the rise of smart speakers and connected devices in the home, including Amazon's own Echo smart speakers.

Speakers like the Amazon Echo, Echo Plus, and Echo Dot have made it possible for Amazon customers to order products simply by asking Alexa, somewhat negating the usefulness of the Dash Button.

Of course, for some, the convenience of simply pressing a button every time you run out of cat food can't be beaten, even by the smarts of voice assistants like Alexa and Google Assistant.

If you count yourself among those hangers-on, you've got a little under a month to make the most of your Dash Button.