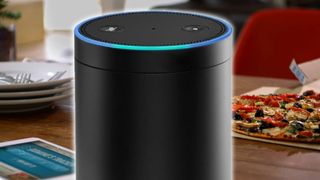 Amazon Alexa has been gaining a new skill every 90 seconds, and one of the newest additions is Prime Minister Narendra Modi’s radio programme, Mann Ki Baat.

The new Alexa skill has been developed by Asian News International (ANI), a Delhi-based news agency.

"We are heading to a future where voice has the potential to become a primary way of engaging with technology around us. We are thrilled to make Mann Ki Baat available as a skill and offer listeners a new way to hear the Prime Minister's address. Currently users can listen to any of the previous editions of Mann ki Baat starting from January 2015," said Ishaan Prakash, Editor Live Operations, ANI.

"In case you miss the upcoming live edition of Mann ki Baat on 28 January, you can hear it on your Echo device within a few hours of the broadcast," Prakash said.

What is Mann Ki Baat?

Prime Minister Narendra Modi has been hosting the radio programme Mann Ki Baat since October 2014, with one talk being broadcast every month. The programme also has a website where users can submit ideas and so far, over 61,000 ideas have been shared.

The choice of medium (i.e., radio) also ensures that over 90% of the Indian population can be reached, and so far, over 1.43 lakh audio recordings of the Mann Ki Baat programme have been received by listeners.

How does the Mann Ki Baat Alexa skill work?

To get started with listening to Mann Ki Baat via Alexa, you will have to first enable the Mann Ki Baat skill. You can do so manually by going to the Skills section in the Alexa app. Additionally, you can also do so by simple saying, “Alexa, enable Mann Ki Baat”.

Once enabled, using the Mann Ki Baat Alexa skill to listen to the latest broadcast is very simple - all you have to do is ask Alexa the following, "Alexa, ask Mann Ki Baat to play the latest Mann ki Baat".

You can listen to all the 36 episodes of the Mann Ki Baat programme that have been released so far.

This skill is available on all devices that come with Amazon Alexa – the Echo, Echo Dot, Echo Plus and the Harman Kardon Allure and Eufy Genie.