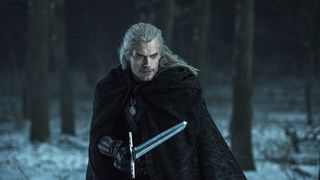 If you can't wait for season 2, it's been announced that an anime-style Witcher movie is in the works from Netflix called The Witcher: Nightmare of the Wolf, written by Beau DeMayo (who scripted episode 3 of season one). It'll be animated by Studio Mir, which was behind the acclaimed Legend of Korra series. The story will take us "back to a new threat facing the Continent."

A big talking point of season one was how it told stories in multiple places and across a non-linear timeline (though the now-released official Witcher map and Witcher timeline really help) resulting in a multi-tale anthology of sorts.

In an interview with Vulture, Hissrich admits that while she believes she didn't give the audience too much credit - "the audience is incredibly smart" - she had "misunderstood what everyone was looking for in their entertainment". She said "I love to be challenged when I'm watching TV," but conceded that that wasn't the case for everyone.

However, while "it's not like all three are together and happy all the time," Hissrich will be mining "different short stories" for season 2, and suggests the chance of flashback scenes with which to tell them.

However, season one's climax brought all the separate threads together nicely, priming The Witcher season 2 for a more straightforward plot. Hissrich confirmed to Vulture that Geralt, Ciri and Yennefer exist in the same timeframe now. However, while "it's not like all three are together and happy all the time," Hissrich will be mining "different short stories" for season 2, and suggests the chance of flashback scenes with which to tell them.

Also, while Hissrich and the team "already know the stories we're telling," (also in her Vulture chat) expect season 2 to go deeper into its characters: "We’re not trying to constantly introduce new characters all the time, and new worlds, and new kingdoms."

In an interview with GamesRadar, she revealed that season 2's story would be "...much more focused. There's a stronger drive in the story, because all of the relationships that we've been setting up in season one, actually start to come into fruition in season two...all of those building blocks that we set up for the world, finally start to come together into something a little more concrete."

In terms of themes for The Witcher season 2 story, we can look to the subjects Hissrich appreciated when first reading The Last Wish. Later in her Vulture interview she mentions that she enjoyed the challenges themes of "the marginalization of people in society, and the racism and xenophobia, but also just about the grayness of morality."

These topics have been touched on already in season 1, but they could well be developed in relation to Jaskier (Dandelion in the books and games). Speaking to Vulture, Hissrich teases that while attempting to present him as less of a creepy womanizer than he is in the books, in series 2, "you root for him to find his true love ... if that's what he's looking for."

Asked recently by Pure Fandom for a teaser on season 2, Hissrich had this to say: "Without spoilers, I will say that there’s a crop of new monsters, a new cost to magic, and new and unexpected pairings of our favorite characters."

Expect to see more from magical villainess Fringilla, too. When asked by Vulture, Hissrich confirmed that "you will absolutely get more Fringillla [...] we're digging deeper into her past and how she ended up at Nilfgaard, who she is as a person, and how she and Yennefer ended up on such different paths." In other words, expect more metal mind-control earworms. Ugh.