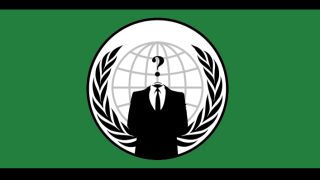 Operation Trial at Home to continue

The hacking collective known as Anonymous plans to continue its attacks on UK government websites this weekend.

The group says it will once again target the Home Office and the Government Communications Headquarters (GCHQ) cyber security agency, as part of Operation Trial at Home.

The online activism protests the planned extradition treaty between the UK and the United States, which could allow for Brits, like alleged hacker Gary McKinnon, to be sent for trial in the US.

As a result, Anonymous has been successful, to an extent, in disabling government sites through denial of service (DDoS) attacks over the course of the last two Saturdays.

In response to a 'who's next' query from ZDnet's Thomas Espiner on Twitter, Anonymous UK's 'Winston Smith' brazenly confirmed this Saturday's hit-list.

"What's the next target for attack? Definitely GCHQ, and it's definitely the Home Office," he said.

Anonymous has, once again, served notice of its intentions. Is there any chance the government, which promised greater precautions, can do a better job of heading-off the attacks?

What would Bob do?

With the apparent ease at which Anonymous is able to bring down agency websites around the world, it begs the question, what would the legendary 'stick it to the man' poet Bob Dylan do?

If Subterranean Homesick Blues were to be rewritten for the 21st Century, does that mean the line: "I'm on the pavement thinkin' 'bout the government" would be replaced with "I'm on the laptop takin' down the government."?

Oh the times, they are a-changin'.