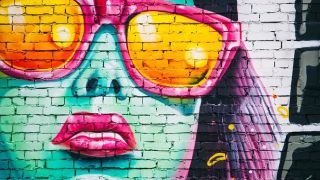 If you're looking to design for print, then it can be helpful to use a dedicated vector-based graphic design program to get the best results.

While there is very good drawing and painting software available, as well as photo editing software, you ideally want something primarily based on designing in vector graphics, as well as color editing options that will work in CMYK and HSB on top of the more common RGB.

This is especially a concern for the graphic design industry, where the images and designs used may need to be recreated in very large formats that require professional printing services. Therefore it's essential for the graphic design packages being used to be able to cope with clear distinctions and demands inherent to all levels of print and publishing processes.

A key concern isn't just faithful representation of colors, but also ensuring image integrity even when blown up to large sizes, regardless as to whether they are to be reproduced for short-run printing or long-run printing.

Additionally, an advantage of digital graphics design software is the ability to edit, adjust, or otherwise manipulate the same designs so they can be applied for different media.

Here then are the best in dedicated graphic design software platforms.

Want your company or services to be added to this buyer’s guide? Please email your request to desire.athow@futurenet.com with the URL of the buying guide in the subject line.

Best software for graphic design - at a glance

Built for creating professional artwork for screen or print

As a replacement for DrawPlus X8, Affinity Designer isn’t a rehash and was built from the ground up over a five-year development project by Serif.

Specifically aimed at professional designers and how they work, this software can handle a very wide scope of design tasks, including web, branding, concept art, typography and even repeating patterns, as you might need on ceramics, wallpaper or soft furnishings.

Inherent cloud functionality also makes it a good option for teams of designers working towards a common goal. And all this functionality can be yours for a very modest £48.99 ($49.99) per seat on Windows PC or Apple Mac.

Essentially, Adobe Illustrator is the vector version of Photoshop, and the two share many common tools and functions to aid designers who use both.

However, if you want to design graphics that are can be rescaled from a postage stamp to a giant billboard, then Illustrator is certainly the tool of choice.

There was a time when you could buy Adobe Illustrator outright, but Adobe now only offers this product on the Creative Cloud (CC) suite, and it isn’t cheap.

Pricing starts at $20.99 per month, but only if you pay yearly. Otherwise the monthly plan costs $31.49 each month on a rolling basis.

It might have a powerful feature set, regular updates and be available for both Apple Mac and Windows PC, but the cost is prohibitive for occasional users.

The daddy of vector design applications

Easy to learn and use
Massively featured
No Mac version
Expensive

The CorelDRAW Graphics Suite is actually a software bundle rather than a single application.

The package includes Photo-Paint for photo manipulation, AfterShot to handle RAW files, PowerTRACE to convert bitmap images into vectors, and FontManager for organizing the text styles you do actually use.

The main star, of course, is CorelDRAW itself, which isn't just a vector-drawing package but also includes a desktop publishing feature as well, so you can design projects with a multi-page layout.

The latest version includes a number of improvements, such as for handling web graphics, editing vector effects, and the template menu has been simplified. In addition to these, is the ability to easily search through your images as thumbnails.

Another plus is that after a break it has returned to the Mac with a fully functional version.

Overall, the CorelDRAW Graphics Suite offers a veteran range of software that remains very up-to-date, and widening its use to Apple users as well as Windows can only be a plus.

Due to the complexity of vector illustrations, most software for creating them is locally installed, but Gravit Designer has online options too.

The cloud-based version that runs from any browser and can automatically save to the online storage or locally.

Alternatively, on Windows PC, Apple Mac, Linux and Chrome OS, there are installable releases that can better utilise the computer hardware.

Our experience is that the online version can get slow with complex designs, but the locally installed versions cope much better. However, with a limited free version to use, there isn’t any excuse for not giving it a try. There are plenty of impressive examples designers have created using Gravit Designer that prove it can be very effective at some jobs.

Gravit Designer PRO allows for unlimited online storage, increases resolution to upto 300dpi, increases the print options to CMYK and HSB on top of RGB, plus there's also the ability to work offline, advanced export options, and version history, all available for a reasonable £49 per year, which works out at around $65.

A free tool with plenty of useful features

Check Amazon
Free
On Windows, Linux and Mac
Can be slow at times

Most business people shy away from free software for often valid reasons, but Inkscape is certainly worth looking at before you commit to buying CorelDRAW or an Adobe CC subscription.

It’s a vector design tool that offers broad file support, extensive text manipulation and both Bezier and Spiro curve types. It also has an extension model that allows new features to be easily installed, and there are some amazing ones available.

The only reservations we have are that even on a powerful PC it can be slow at times when a complicated process involves rendering.

As a GPL licensed app, along with Windows, Linux and Apple Mac versions, you can also download the source code and compile it for whatever version of Linux you use.

For a complete analysis of Inkscape check out our full review.

Rather than the scatter-gun approach of other applications, the creators of Sketch built a tool to address a relatively narrow requirement.

Sketch is focused on screen design, specifically creating the icons and interface elements for websites and applications. And, as the software is exclusively available for the Apple Mac, mostly designers working on iPhone, iPad and macOS applications are going to find it useful.

That said, it can be used more generally, but its strength is creating slick user interfaces.

Sketch is available for $99 per year for a single user licence. However, licences for multiple devices are available, starting at $89 per year per device for 2 devices, going down to $59 per device for 50+ devices.

The company behind Xara started out on the Atari ST and Acorn Archimedes computers in the 1980s, before focusing its efforts on the PC when Windows came along.

Its latest version, Xara Designer Pro X, is a comprehensive design tool that can work with both bitmaps and vectors with equal aplomb. That means it can handle DTP (desktop publishing), graphic design, illustration and photo manipulation tasks in a single tool.

For those wanting to mock something up rapidly, a license gives you access to over a million archive photos and illustrations to incorporate, along with hundreds of template layouts and thousands of design elements.

The price is advertised as normally $299 (£199) for a license, but there are frequently discounts on this offered. Additionally, a cut-down version called Xara Photo & Graphic Designer is available for $99.94 (£77.94), and again is frequently discounted. Pro X can also be found even cheaper on Steam.