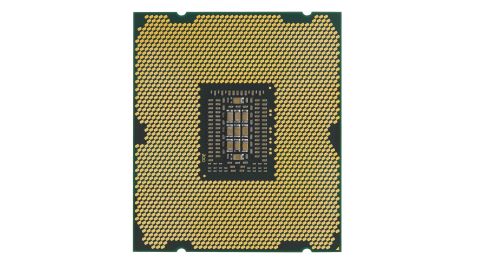 The fastest processor we've ever tested

By turning cores on but turning overclocking off, this eight-core Xeon is a zero sum game. Not cost effective on the desktop.

Whatever happened to Intel's promise of massively multi-core PC processing? With the arrival of the new Intel Xeon 2687W eight-core monster, we're getting a taste of what we've been missing.

Strictly speaking, of course, the Intel Xeon 2687W is not a desktop PC processor.

It's a workstation and server chip. That explains the eye-popping price. However, it's also closely related to Intel's latest desktop range topper, the Intel Core i7 3960X.

Actually, it's more than just closely related to the 3960X. It's the same chip, known internally at Intel as Sandy Bridge E.

But this time with all eight cores enabled instead of six.

So, it's Sandy Bridge E as we would like to have seen it originally, just with a Xeon badge and at a much higher price.

All of which leaves us wondering how much difference the extra cores make and whether they're worth double the price of the six-core i7 chip.

Oh, and for the record, AMD's processors don't figure here as competition. The pseudo eight-core AMD FX 8150 chip isn't even in the same post code for performance.

Cores v clocks is Intel's explanation for the Core i7 3960X's six-core configuration.

With the arrival of the eight-core Xeon 2687W, we can put that claim to the test.

The most immediately revealing metrics are the single and multi-threaded Cinebench results. The Xeon is only slightly behind in the former but has a hefty advantage in the latter, which doesn't really square with the official Intel narrative of dropping a couple of cores from the Core i7 3960X in order to crank up the clocks.