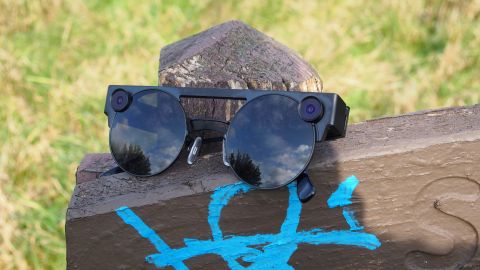 The Snapchat Spectacles 3 open up the realms of what you can do with video and photos shot from a pair of glasses. But they will cost you significantly more and lack a fun design like the one we got with the previous models. If you’re a Snapchat creator, you’ll love them, but they might be a bit too pricey for the rest of us.

Much to our surprise, Snap Inc. is persevering with making smartglasses that let you record video and snap photos, which you can then share to its own social networking app.

After launching the original Snapchat Spectacles in 2016, making them available in randomly located vending machines across the US (and eventually in other countries), it was reported that the company was left with $40 million of unsold Spectacles.

That clearly didn’t dissuade Snap though, as it then launched the Snapchat Spectacles 2 in 2018, giving them a slimmer design and adding the ability to shoot underwater. Crucially, these also made it easier to share content outside of Snapchat.

Now we have the Snapchat Spectacles 3, which most notably add an additional camera, giving you the ability to shoot 3D photos and video, and you can also capture higher quality audio. But is that enough of an upgrade?

There’s no vending machines to keep a look out for this time, as you can order the new Snapchat Spectacles from Snapchat’s own website now for $380/£330 (around AU$555).

The new Snapchat Spectacles were announced back in August, so it has taken a few months before they’ve actually been made available to buy. They’re up for grabs in two different colors - Carbon and Mineral, with both featuring the same steel frame and circular, tinted lenses with adjustable tips.

The first-generation Specs certainly stood out with their bold, colorful, wayfarer-style look and those distinctive circular spots on either side of the lenses hiding away the solitary camera.

For the second-gen Spectacles, Snap largely stuck to the same design formula up until it introduced the Veronica and Nico editions, which offered a slightly more fashionable frame to house the smarts.

For Spectacles 3, things have got more serious. Snap has piled on more tech and as a result they feel like a more delicate pair of shades to handle. You simply won’t feel comfortable slinging these into the bottom of your bag.

There’s now a very prominent bar that sits above the lenses. There are also physical buttons on either side of the frames that you can tap to record video (up to 60 seconds continuously), or press and hold for a photo via the two circular HD cameras that sit above each tinted glasses lens.

Along with that additional camera, you’re also getting double the microphones and there’s even built-in GPS. That extra hardware does mean there’s a jump up in weight though. They weigh in at 56.5g compared to the 45.4g that the standard Snapchat Spectacles 2 come in at.

Now, if we were talking about a watch, that kind of weight difference wouldn’t be all that noticeable. In a pair of glasses though, it’s a different story. They don’t feel heavy on your face, but the difference when they’re on compared to previous generation Specs is still very evident.

While more tech has been piled on, Snap has stripped away one of the more interesting features it introduced in the second generation Snapchat Spectacles, namely a water resistant design. That means you can’t shoot underwater with these on.

There are also a couple of small things that have been introduced that are designed to make the glasses sit more comfortably for a wider range of people, as well as features that make it easier to tell when you're recording content.

The tips can be slightly bent to fit snugger on the ears, while the nose guards do something similar. Plus, along with the indicator light that flashes up around the camera lens, there are now also small indicator lights tucked into the inside of the glasses that makes it easier to know when you’re shooting, and this is a welcome addition.

Overall, the Snapchat Spectacles 3 (which come in a choice of Carbon or Mineral colors) have the most eye-catching and undoubtedly divisive design yet seen in the range. If you like people knowing you’ve got video-recording glasses on, then you’ll like them. If not, then these probably are not for you.

When you’re not using the Spectacles, you will want to make use of the accompanying charging case, which is radically different from the bright yellow one included with the Snapchat Spectacles 2.

Now you have a collapsible leather case where the glasses clip onto a small charging dock, with a series of white LED notification lights to indicate battery life.

When fully charged, that case should give you four full charges for your Specs. Getting from 0-100% battery takes around an hour.

The basic principle of these glasses remains the same - to let you quickly record video and take photos simply by pressing or holding down one button. But Snap has thrown a few extras into the mix to help wearers get a bit more creative in how and what they can capture.

What you’re getting are dual HD cameras that each enable you to shoot the same 1216 x 1216 videos at 60fps as the last model, though stills have been bumped up to a 1728 x 1728 resolution. You’re getting the same field of view and now a four-microphone array to ramp up audio recording quality.

The big deal here is that you now have two cameras to play with, and what that enables you to do is capture video and stills in 3D.

How it does that is by taking images from both cameras and using Snap’s own algorithms to create a depth map.

When you’re done shooting or snapping, there’s a decent 4GB of storage in the glasses themselves, giving you enough room for up to 100 3D videos or 1,200 3D photos.

When you’re ready to share and play around with what you’ve taken you’ll need to sync it all to the Snapchat app over Bluetooth, which is thankfully a really painless process.

Once you’ve done that initial pairing, your latest Snaps will be synced across when your glasses are near your phone, very swiftly letting you get to the important business of getting creative.

The most notable new features that help you do that are the new 3D effects you can add to videos, with a host of different lenses that will get updated over time.

When you’re doing these more creative things though, it’s recommended you do them over Wi-Fi, as the app seems to struggle to do it over a cellular connection.

Another feature Snap has added thanks to the dual cameras is the ability to view your footage in VR. To achieve this, the Snapchat Spectacles 3 come with a viewer that looks a bit like a Google Cardboard.

You simply need to select the VR viewer mode in the app before slipping your phone into the viewer to watch back your footage. It’s instantly a more enjoyable way to review your videos, and it’s good to see Snap offer that as part of the package.

In terms of the image and video quality, it feels a little bit of a mixed bag. You can get some rewarding results, but we also found that sometimes colors seem a little over-saturated in footage and that it's just not as crisp or sharp as we’d hoped it would be.

Plus, if you move your head too quickly while recording it will become a juddering mess. So you almost have to act as if you’re panning across a scene when you’re trying to record. Audio capture though was decent and the addition of two microphones certainly helps to provide richer all-round footage.

It really is a case of playing around in different, well-lit environments to get something really impressive. If you’ve got the time and patience to do that, that patience will be rewarded.

The good news is that Snapchat is giving you the ability here to export your best stuff in circular, horizontal, square and virtual reality formats, giving you greater scope to share your best stuff. It’s easy to do from the app and you can even upload VR videos directly to YouTube.

As a third iteration of a wearable device that is still likely to divide opinion, you can’t knock the fact that Snapchat is trying to put interesting visual tools in the hands (and eyes) of people who are sold on taking first-person view video and photos.

The Snapchat Spectacles 3 certainly let you do that in a really simple way and they increase the ways in which footage can be shared.

But (but), they cost a whole lot of money for what's on offer, and they're significantly more expensive than previous Spectacles. If the Spectacles 3 had come in at around the same price as the Spectacles 2, we could make a more compelling argument that these are something worth owning.

If you are sold on their unique design and the features that come with it, you’ll have a lot of love for them. But we’d like to think that there will be a better, cheaper pair of Snapchat Spectacles that will do the same and more in the near future, judging by the rate at which Snapchat is rolling out new versions of its smartglasses.