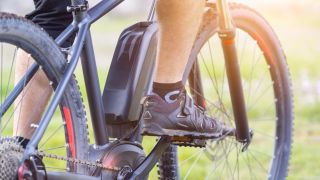 Good news for New Yorkers tired of trekking around on foot or relying on the subway: the state is about to legalize electric bikes and electric scooters.

The new bill, which is expected to pass on June 19, would recognize three classes electric bikes: pedal-assisted models with a top speed of 20mph, throttle-controlled bikes with a top speed of 20mph, and throttle-controlled bikes that max out at 25mph (though the latter will only be legalized in New York City, not the entire state).

Electric scooters capable of reaching 20mph will also get the green light, though it's not clear yet what rules will be in place to manage scooter sharing companies. According to Electrek, you'll be able to ride your own scooter in Manhattan, but rented ones will be banned.

Electric bikes and scooters are a relatively new way of getting from A to B, so it's taking a while for authorities around the world to catch up and decide how to manage them. Some have chosen to ban them outright, others are running pilot programs, and some have decided that they should be legal to ride anywhere (provided you don't make a nuisance of yourself).

Electric scooters are particularly contentious, particularly due to companies like Bird and Lime, which have been known to flood cities with their pay-to-ride scooters, without seeking permission first.

Rules vary enormously from place to place, so if you're thinking of buying our own electric scooter, or looking for a sharing service, check out our guide first: are electric scooters legal?