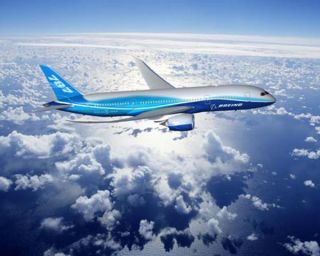 Boeing has had to abandon plans to install Wi-Fi on its new 787 Dreamliner. The primary reason? Wi-Fi weighs too much.

Bizarrely, the replacement system involves running wires to each row, but the internet connection will share cabling with the in-flight entertainment system.

Mike Sinnett, director of 787 systems told the Seattle Times that the weight difference is stark: "We're putting in about 50 pounds of wiring and taking out about 200 pounds of other gear," he said.

The "other gear" includes wireless access points and repeaters. Sinnett also indicated the change would impact favourably on the 787's production schedule.

Boeing had also encountered other issues with the wireless kit including spectrum issues in some parts of the globe. It seems the company also hadn't been too impressed with other aspects of the kit's performance.