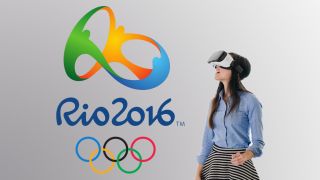 Wish you could attend the Rio 2016 Olympic Games but terrified of muggings and the Zika virus? Well, thanks to the Seven Network and Samsung Electronics Australia, you'll still be able to experience the feeling of being there from the comfort of your home in virtual reality.

Seven and Samsung have announced that up to 100 hours of VR and 360° programming will be made available to owners of the Samsung Gear VR and supported Samsung Galaxy smartphones via the newly announced 7Rio VR 2016 app.

The content will be presented both live and on demand, with selected daily highlights also posted on the 7Olympics Facebook page.

Along with being able to watch events such as men's basketball, gymnastics, track and field, beach volleyball, diving, boxing and fencing in an incredibly immersive way, you'll also get to feel like you're at the opening and closing ceremonies. Who knows? Perhaps you'll get the opportunity to mug Brazilian supermodel Gisele Bundchen in virtual reality!