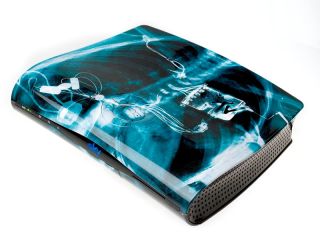 MTV gets to the heart of it

Sky has cottoned on the fact that the average teen would prefer something garish and branded in their bedroom than the typical black, white or grey box and is now offering a limited edition MTV multiroom set top unit.

Although it’s a design that is unlikely to find too many fans among adults, the MTV/Sky collaboration is based around a design of a human x-ray with MTV at its heart.

The two media giants are hoping that the box ‘will give young pop culture vultures the option of watching the best of MTV’s entertainment shows from their own room.’

Heather Jones, Director of Television, MTV Networks UK and Ireland said: “This specially-designed Multiroom box is an iconic must-have for MTV fans and as such, we’re expecting the very limited stock to be snapped up.

“Whether you love entertainment or are a massive music fan this limited edition set-top box will ensure that you can watch the best that MTV has to offer in your own space.”