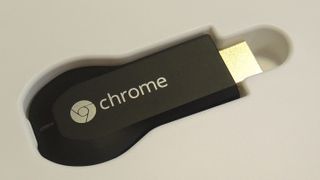 GigaOm brings a hands-on video showing the as-yet-unannounced device in action. According to report the stick has no name, no release date and it's unclear which markets it will launch in.

According to the report, the streaming stick, in its current form, is capable of running Android and iOS apps will also allow developers to create apps that play nice with Windows Phone, the Amazon Fire platform.

As always with Mozilla, the focus will be on openness, the reporter who has been 'tracking the device' with Mozilla insiders for months said.

In response to the report a Mozilla spokesperson suggested the hardware may not be the company's doing, but that of a third-party using the open source software.

"Firefox OS is an open platform freely available for any company to build on top of without restriction. This means companies can experiment with different form factors that run Firefox OS," a spokesperson said.

Could Mozilla compete with the almighty Chromecast? Let us know your thoughts below.