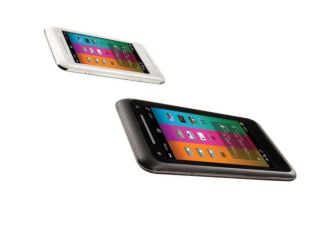 It's Windows Phone day, and as you may imagine that means a spate of 6.1 phones being given the big Windows Mobile 6.5 upgrade – including the powerful and super-sized Toshiba TG01 phone.

The Toshiba TG01 made a big splash when it arrived, but earned criticism for its tired Windows Mobile 6.1 interface.

So the arrival of 6.5 and the Windows Phone brand has handed the phone a handy new opportunity to impress and, as you would expect, Tosh has quickly made an announcement about availability.

"The arrival of Windows Mobile 6.5 and Toshiba's immediate adoption of the platform for the TG01 sees the handset become a fully-certified Windows phone," said Toshiba's release.

"The updated TG01 Windows phone is available in stores across Europe from today. Toshiba customers who have previously purchased the TG01 will also be entitled to an upgrade to the new Windows Mobile 6.5, free of charge."

Consider this just one of many in a stream of announcements as what Microsoft terms the 'Windows Mobile ecosystem' races to embrace the newest version of the mobile OS from Redmond.