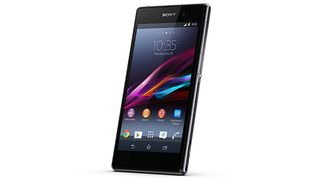 Sony wants you to be snap happy!

Sony announced today that its premium Sony Xperia Z1 smartphone and Xperia Z Ultra will be available in Australia from September 9.

Pre-orders for the Xperia Z Ultra start from today through Dick Smith and Harvey Norman, while both handsets will be available for purchase through Sony's online store from September 9.

Optus will have both the Xperia Z1 available for pre-order from September 16, while you can register you're interest with Telstra now. There's been no confirmations from Vodafone as yet.

Virgin Mobile pre-orders for the Xperia Z1 begins from tomorrow and will be available on its $60 plan with $0 monthly repayments over 24 (minimum total cost $1440).

To add to this, Sony is also releasing two lens-style cameras for smartphones from mid-October – the QX10 and QX100.

Among other accessories for the handsets in releasing in Australia, there will be the Sony Smartwatch 2, and coming in October, the Sony CP12 protective cover with a 3000mAh battery will be available for an RRP of $249.99.

Check out our Xperia Z1 hands on below: