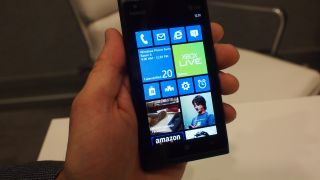 Everything that's happening in Australia with WP8

Microsoft officially took the lid off Windows Phone 8 this morning, and while it will be a month before we see the first handsets hit stores, we do know which handsets are making their way to which carriers.

Telstra, Optus and Vodafone will all have multiple Windows Phone 8 handsets on offer. As expected, Telstra and Optus will both be pushing the 4G phones.

While we've known about the Lumia 920 and Lumia 820 for a while now, only today are we getting any kind of insight as to where we might be able to buy them from.

The Lumia 920 will be exclusively available through Telstra in black, white, red and yellow. Launching some time at the end of November, the 920 will be available for $5 a month on a $60 Every Day Connect Plan, which includes $600 of talk and text and 1GB of data each month.

Both Optus and Vodafone will be selling the Lumia 820, with Vodafone getting the phone at the end of November and Optus selling it from early December. Plans are still to be announced for both telcos.

If signing up to a 24 month contract isn't your thing, selected retailers will also be selling both handsets unlocked, with the 920 costing $829 and the 820 selling for $649.

Given the HTC 8X is considered to be the flagship handset of the new Windows Phone 8 operating system, there was a conspicuous absence in information about the handset's Australian availability. We do know that it will be available through Telstra and Vodafone at some point, but HTC were reticent to even commit to a 2012 launch (although it's unlikely it would be any later than that).

The 8X's little brother, the HTC 8S, will also make an appearance in Australia, except this time around Vodafone misses out, with Telstra and Optus sharing the availability. Again, no pricing or availability timeframes have been announced.

Samsung's Ativ S smartphone will likely go a long way in enticing the corporate market towards Windows Phone 8 thanks to its simple styling. Of course, they'll have to sign up with Optus if they want it on a plan, as it has an exclusive on the handset from a carrier point of view.

Launching in December, the handset will also be available from Samsung's flagship Sydney experience centre, and selected retailers around the country for $799.