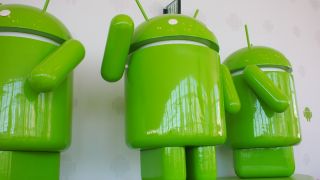 Android isn't known among users for being the most stable operating system available, and you might not expect Lollipop to be the exception to the rule.

Well, hold on to your hats: a new report has found it's less crash-prone than iOS 8.

The report found iOS 8 crashed 2.2% of the time while Android Lollipop only sparked out in 2% of tests.

There's only a 0.2% crash rate difference meaning you're unlikely to notice the difference between Android Lollipop and iOS 8 in real terms, but it is surprising considering Apple is generally known for fewer crashes.

The report also found iOS 8 is less stable than iOS 7, which only crashes 1.9% of the time, whileAndroid has improved significantly over KitKat and Ice Cream sandwich, where both crash 2.6% of the time.

It's mostly just interesting to note that while Apple has struggled, Google has managed to make a big leap with its latest generation.