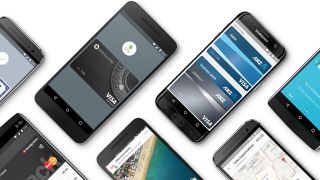 It’s been coming for quite some time, with select users around the country getting to test it out in trial form recently, but now, Android Pay has officially launched in Australia.

Unlike competitors Samsung Pay and Apple Pay, which only have the support of a couple of banks apiece, Google’s contactless payment technology is launching with a staggering 28 Australian banking institutions behind it, with more on the way.

To set up Android Pay, download the app from the Google Play Store and then add your credit card by simply snapping a picture of it within the app, and then entering some details. Once you’re setup, you only have to wake your phone and tap it on a contactless payment terminal to start making purchases.

You can now use Android Pay wherever contactless payments are accepted, though only Visa and American Express cards are accepted at the moment, with Mastercard support arriving in the coming days.

You can find a complete list of all the participating banks currently supporting Samsung’s NFC payment tech at the Android Pay website.

Though the list is extensive, it’s worth noting that some of the biggest banks, like St. George and Westpac, are listed as ‘coming soon’, and HSBC, Citibank, Commonwealth Bank and National Australia Bank are absent entirely.