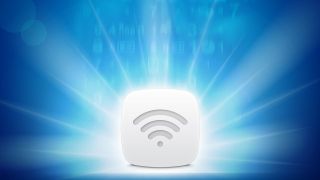 It’s now easier to figure out when you’ll get hooked up to the NBN by popping your address into NBN Co’s website, but that doesn’t tell you much about what technology will keep you connected to the internet, be that some form of fibre-cable connection or fixed wireless.

According to NBN Co, about 5% of Aussies will get the NBN via a fixed wireless connection. That’s around 600,000 premises, mostly in rural and remote parts of the country, where the distance between properties is too large to make laying fibre cable a cost effective option.

For a fixed wireless connection, data is transmitted from a tower located a few kilometres away to a rooftop antenna installed at the customer’s premises.

What is 'fixed wireless' technology?

A fixed wireless NBN connection utilises a series of ground stations to relay 4G radio signals (similar to how mobile broadband or LTE technology works) to deliver broadband services to a location that could be located as far as 14km away.

This type of technology requires line of sight between the antenna and the tower, hence why it proves to be rather inefficient in the big smoke. It’s also restricted by distance – explaining the maximum of a 14km radius – and trees and metal rooftops could degrade the signal.

NBN Co is also restricting the number of premises that will be serviced by each tower, ensuring the bandwidth per household is higher and more consistent than what you'd get with a regular mobile broadband connection.

As mentioned above, fixed wireless technology will require a rooftop antenna at the premises to receive radio signals from the ground station.

Like the installation of the backup battery for fibre connections, NBN Co offers the antenna as part of its service at no extra cost. That said, you may incur a setup fee when signing up for a plan with a service provider.

You will also need a modem router that can support the speed tier you opt for, but chances are your preferred telco will provide you with one that is NBN-ready.

If new construction work has been carried out at a property after the installation of a rooftop antenna, NBN Co recommends a system check to be carried out in case the direction or height of the antenna needs to be changed to ensure line of sight for the best speeds possible.

Historically, the maximum speed achieved on a fixed wireless connection was 25Mbps, but as of 2015, this has been increased to a top download speed of 50Mbps and a maximum upload speed of 20Mbps.

Starting in early 2018, NBN is set to offer the 100Mbps/40Mbps speed tier to fixed wireless customers as well. Customers who'd like to upgrade to the superfast speed tier may require new equipment to be installed to supporting the increase in bandwidth.

It's important to note that customers may not achieve the maximum speeds advertised, but will depend on the outdoor equipment’s distance from the ground station and the line of sight. Internally, the placement of a cordless phone could also dampen speeds on a Wi-Fi network.

There isn’t much difference in terms of cost between a fibre connection and a fixed wireless one. They are mostly on par.