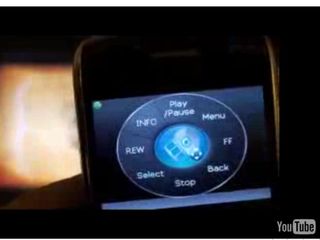 Ever held your BlackBerry towards your PS3, wondering in desperation why you can't control the action on the screen? Well, your worries could soon be over thanks to a natty piece of new software.

No longer do you have to suffer the ignominy of multiple devices to control multiple things, as Unify4Life's Game|Shadow allows you to use a BlackBerry as if it were a PS3 control pad.

By connecting a little dongle to the PS3, you can work all your magic from the fun of your smartphone.

Not only that, but Blu-ray discs are also included too, so you could probably throw that controller out the window (though we advise you don't... you'll probably want it for actually playing games properly).

In fact, add in another little program (AV|Shadow) and you'll even be able to change the inputs on your AV system as well!

If that wasn't enough for you (yes, there's more), you can also navigate to pre-defined bookmarked sites and you can even use the BlackBerry's keypad to input text (probably the most useful feature of the lot, as few people ever bother to plug a keyboard into the system.)

You should probably watch the video to decide for yourself whether it's worthwhile (you have to make a lot of button presses just to do something that takes usually one with a standard controller) but hey, everyone likes different things.

Anyway, it's available for $39.99 (around £29) and can be ordered over the internet from pretty much anywhere. So if you love your BlackBerry so much you want to use it for EVERYTHING, get on over to Unify4Life's website.