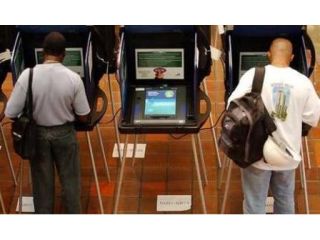 Voters in 13 local authorities will be able to vote using the internet, or through electronic scanning of ballots

Thirteen local authorities around the UK are to offer various e-voting services, including the ability to cast a vote online, at the local government elections in May.

The pilot e-voting schemes are designed to "help people vote more conveniently" and to fit in with the "more modern lifestyles" that people are leading.

Bridget Prentice, elections minister at the Department for Constitutional Affairs (DCA) , said: "More and more people, and particularly young people, are using the internet every day. We need to see if we can use this to encourage people even more to participate in the democratic process."

A digital rights group has slammed the project, claiming it "threatens the integrity of our elections".

The Open Rights Group (ORG) claimed e-voting "does not allow for meaningful vote audits and recounts", suggesting that it would make it easier for fraudsters to abuse.

A spokesman for the ORG said the group have several concerns regarding e-voting. One is that an absence of paper ballots makes it difficult to track down any voting fraud. Another is that computers are open to "getting a virus or being hacked".

The DCA said authorities will be using a "rigorous combination of passcodes that preclude anyone intercepting paper notifications to steal each other's votes".

Voters in Rushmoor, Sheffield, Shrewsbury & Atcham, South Bucks, and Swindon will be able to vote using the internet or their telephones, as well as using traditional voting booths.

The Electoral Commission will be publishing its findings on the participation, security and cost effectiveness of these trials in August before deciding on whether to continue to offer e-voting services.