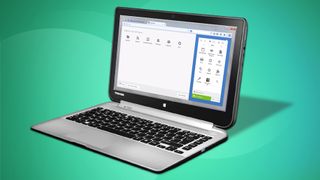 To the customisation station!

Firefox has gone through 25 new versions in the past three years, but this latest one is a biggie - Firefox 29 is here and it brings a radical new Chrome-like look with it.

Mozilla says this is its most important Firefox update since Firefox 4 was released back in 2011, with the redesigned user interface intended to be simple and fast, as well as letting you control exactly how you browse.

To this end, Firefox 29 comes with a host of customisation options that are now easier to find thanks to the new 'Customise' button in the Firefox menu - hitting that then lets you drag and drop browser parts to where you want them.

There's also a new bookmarking process and the option to sync your Firefox account across machines and mobile devices has been made clearer and easier using the cloud.

Want to give it a go? Here's a video walking you through the update - and you can download the latest version of Firefox here.