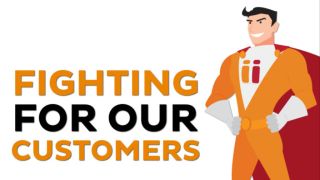 Last week's Game of Thrones season finale has launched many discussions about digital piracy in Australia, and iiNet has taken a front foot in saying that we really should be focusing "on the problems which have driven Australians to take their business elsewhere."

In a blog post last night, iiNet's Chief Regulatory Officer Steve Dalby came out to say that while piracy is wrong, site blocking doesn't address the real issue of 'why' Aussies are pirating digital content.

"Instead of addressing the reasons why Australians illegally download movies and TV shows, the government instead seems determined to be seen to be 'doing something' to ISPs while defending, at all costs, the business model of the Hollywood movie houses," Dalby said.

"The clear hint from the Attorney General is that his plan includes government-mandated roadblocks for popular BitTorrent search engines like The Pirate Bay, even though these blocks are easy to overcome."

But Dalby doesn't see this as a way to solve the issue of piracy.

"The Internet has no gate that we can put a padlock on."

"It may not be right, and we don't promote it, but let's take whatever steps we take with our eyes wide open. Let's not buy into the 'futility-on-a-stick' that Hollywood is peddling in Canberra," he said.

He said that many Australians prefer to do the right thing and are happy to hand over cash for content.

"Many people prefer to do the right thing, and they want good service at a reasonable price. They want to pay for the very desirable content," he said.

"That's why many Australians are prepared to sneak into US services like Netflix and hand over their money, even though they might find it all for free elsewhere."

Unfortunately, the Australian government considers this as illegal.

"They want to stop Australians from bypassing geo-blocking, an artificial restraint on trade. Trade covered, ironically, by something called a 'Free Trade Agreement'."

This isn't the first time Dalby has criticised the Australian government's reported legislation.

Last week, in another blog post, he wrote: "We believe the government is heading down the wrong path if they're serious about protecting copyright."

"Years of ranting against piracy – while ignoring customer feedback – have got rights holders nowhere," Dalby said.

"Rather than declaring war on frustrated customers, perhaps we should declare war on the problems which have driven Australians to take their business elsewhere."

Last week, as Game of Thrones drew to a close for the season, Dalby drew focus on the restrictions of legal access to the series this year in Australia.

"When Foxtel announced its exclusive deal with HBO to air Game of Thrones (or GoT) in Australia, the outrage was immediate," he said.

"Whereas lovers of GoT previously could buy the whole season on iTunes for $24, they are now being forced to be a Foxtel subscriber to view the show, paying at least $44.95 per month for the privilege. It's no surprise they begrudge being extorted."

Dalby again took aim at content rights holders in his latest post, saying: "And to the content control freaks, we say – start treating your customers as customers, not the enemy, and you might find things improve."