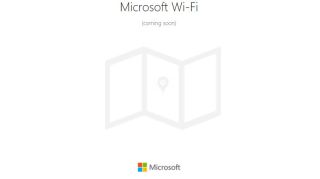 The company may now be planning to bring Wi-Fi services to Office 365 users after it has apparently rebadged Skype Wi-Fi to Microsoft Wi-Fi.

According to WinSupersite founder Paul Thurott, Microsoft will launch a business version of the service for Office 365 Enterprise customers, allowing firms to ensure that their employees are connected while out and about, maintaining their productivity while keeping costs in check.

If you're not a business customer, the service is likely to be PAYG (pay as you go) - one similar to Skype Wi-Fi - where you can either top up online or via a scratch card.

Microsoft Wi-Fi will likely allow customers to connect to more than just a few hotspots.

There are more than 10 million hotspots compared to just 2 million for the current Skype Wi-Fi service; more than 130 countries and territories are listed in Microsoft's hotspot database.

Expect the service to be available on all major mobile and desktop platforms (yes that means Mac OS X, Android and iOS although probably not Chrome OS).