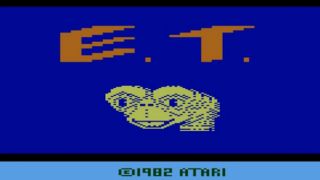 Maybe it's best we just let it RIP

Somewhere under the sandy surface of Alamogordo, New Mexico, Atari's biggest mistake is said to be buried: thousands of unsold cartridges of E.T. The Extra-Terrestrial.

Some say they're encased in concrete. Some say the whole thing is made up.

We'll soon know for sure, as Xbox Entertainment Studios has just been given the green light to dig up the truth for a new documentary.

E.T. is often branded as "the worst game ever made" and its commercial failure is believed to have played a big part in the video game crash of 1983. Appropriate, then, that it was buried right near the site of the first nuclear bomb detonation.

Or maybe the little guy was hiding in our blips all along: