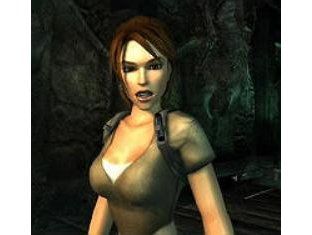 Is Eidos trying to silence critics of the latest Tomb Raider?

We knew that the latest Tomb Raider game was due to hit the streets on Friday, but what we didn't expect was that its public relations minders would be more than a little sensitive about its critical reception.

British publications were, apparently, being told by the PR company publisher Eidos uses in the UK to withhold any poor reviews of Tomb Raider: Underworld until Monday.

The news was broken by one of the staff on Gamespot, a well-respected site for games news and reviews.

Writer Guy Cocker reported via Twitter that PR staff at Barrington Harvey told him last Wednesday, "If you're planning on reviewing Tomb Raider: Underworld at less than an 8.0, we need you to hold your review till Monday."

Further inquiries with Barrington Harvey confirmed the veracity of Cocker's claim, although director Simon Byron later clarified it, saying: "Barrington Harvey is not in the position of telling reviewers what they can and cannot say.

"We love Tomb Raider and believe it merits a score of at least 8/10, but if someone disagrees that's entirely their prerogative. No problem at all. Seriously: no problem."