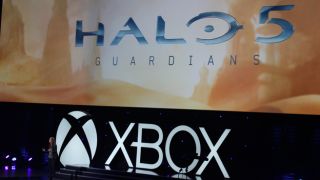 Halo 5 fun coming at you later this year

Halo 5: Guardians won't be out until fall of next year, but thankfully you can access the multiplayer beta months beforehand.

That is, if you buy The Master Chief Collection first.

Microsoft announced during its fast-and-furious E3 2014 press event today the Halo 5 multiplayer beta will release this December, available to those who purchase the remastered editions of Halo 1-4, which launches as a collection November 11.

The beta gives gamers a glimpse at the title's new multiplayer gameplay and other features touching down when Halo 5 launches full-force in fall 2015.

What we're in for with Halo 5

Following the story of a brand-new Spartan, Halo 5: Guardians' plot looks like it will recount Master Chief's story while framing a new hero.

Last we left him, Master Chief, as many will remember, was mourning the loss of his AI companion, Cortana. No details yet on a final release date, but more details will surely hit once we get our hands on the beta later this year.