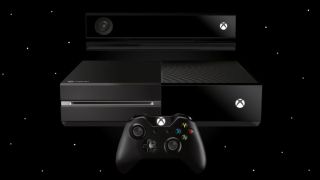 The Xbox One has been taking some serious flak this week, but it had something to show off at E3 2013 that no one else could come close to.

Over at its booth on the show floor, Microsoft has been showing off a particularly impressive tech demo for the Xbox One it had made with the help of a little US government agency known as NASA.

The aim was to test the limits of the new Xbox's horsepower by simulating - get ready for this - 35,000 light-years of space.

Microsoft went to NASA to use its vast database, which has details of every part of the solar system - planets, asteroids and comets included. They then teamed up to replicate in a crazy-impressive simulation harnessing the new console's power.

"Each of the 40,000 asteroids are calculated and rendered, presenting its time and place to a high degree of accuracy," said Xbox One engineering manager Jeff Henshaw.

Henshaw added that the Xbox One has the ability to feature "10,000 or 100,000 enemies in-game" without buckling by working alongside the cloud.