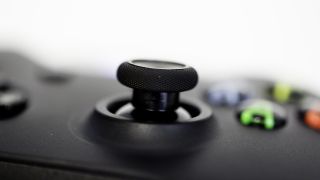 The PS4 has been the best-selling console every month since December 2013, but last month the Xbox One finally took the crown.

The latest NPD figures show that the Xbox One was the best-selling console in both the US and UK for November, no doubt helped by a price cut, dropping the mandatory Kinect, and a strengthened lineup of exclusive games.

1.2 million units were shifted during November, as first reported by Geekwire, although Sony's numbers are still unknown. However Microsoft also confirmed that it was the best-selling console for that months.

It still has a long way to go to catch up to Sony, but this news is possibly the best Christmas present it could have asked for.

"Response to the holiday lineup of games on Xbox One was incredible, with Xbox One fans buying more games in November in the US than any other gen eight platform and enjoying over 357 million hours of gameplay globalls," said Mick Nichols, corporate VP for Xbox marketing, in a statement.