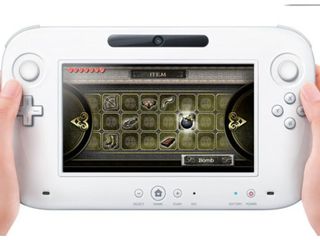 EA says yahooooo to Wii U

Although the Nintendo Wii U was unveiled to mixed reactions, EA isn't shy about having taken quite a fancy to the upcoming console.

Frank Gibeau, manager of EA Games, told Gamesindustry.biz that the company was 'blown away' by Nintendo's innovation on the Wii U's controller, which incorporates a tablet-style touchscreen, and confirmed that EA will have games available for the console at launch.

TechRadar has put together a video of what you need to know about the Nintendo Wii U:

"We were really blown away by the unique innovation that Nintendo brings with the Wii U controller on a high performance machine," he gushed.

"The ability to do HD graphics and access game experiences in a completely novel way and a way that's never been seen before, it really struck our fancy."

Explaining why the company was so eager to get up on stage with Nintendo when it announced the Wii U at E3 2011, Gibeau went on:

"We were excited by what Nintendo presented to us, we thought about it and it fits well with what we're trying to do with our franchises like FIFA and Madden and Battlefield.

"There's great horsepower there, great innovation and Nintendo's got fantastic branding. We're platform agnostic as a company so if we find something we believe will have success commercially and critically, and has a business model that works for us, we're in.

"With the Wii U it's important for us to get there on day one so we can get in and build as big an audience as possible."

From GamesIndustry.biz via Digital Trends