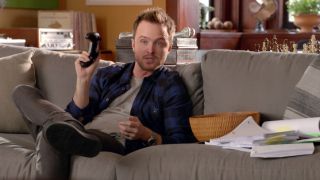 Got an Xbox One? You might want to turn off Kinect if you don't fancy any interruptions - Breaking Bad star Aaron Paul has been switching on people's consoles without permission.

A new Xbox One advert aims to show off the console's voice-controlled functionality, with Paul saying "Xbox on" to boot up the console.

But funnily enough, some Xbox One owners are reporting that their consoles have obediently come alive on Paul's command.

We've already heard about Xboxers trolling one another by yelling commands like "Xbox turn off" during online play, causing their opponents' consoles to power down.