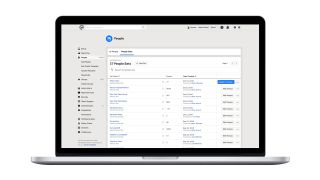 Following Facebook's disclosure of its recent security breach which impacted millions of its users, the head of its enterprise business offering, Julien Codorniou personally reached out to one of its biggest clients to inform them that their data had not been exposed.

The client was Walmart and the company is just one of the many businesses that have signed up for Workplace by Facebook which allows employees to interact with one another using the same tools they are familiar with from the social network. According to Facebook, the service is currently used by 30,000 organisations including Starbucks and Chevron.

After the social network's recent security breach was disclosed, Codorniou worked quickly to personally inform Workplace's customers that steps were being taken to further separate the enterprise-focused service from its consumer offering.

Facebook is planning to give Workplace its own domain separate from the main site to boost its branding and build customer trust.

The new domain, Workplace.com, is currently live as a marketing site for the service though it is expected to become Workplace by Facebook's landing page at some point in 2019.

Customers had previously expressed concerns over the fact that the enterprise tool is hosted on the same domain as Facebook's consumer business and the move will likely appease these concerns.

Product manager for Workplace by Facebook, Luke Taylor explained the decision to separate the businesses to CNBC, saying:

“We have been in a position where even though we are separate from them, it’s a bit difficult to have that story when we are hosted on the Facebook.com domain. This is something that we want to do from a brand point of view but also something that I think gives our customers more trust in the product itself.

“When you look at the Oculuses, Instagrams and even the Facebooks of the world, they all have their own domains and their own brand identity. As we’ve seen our growth increase so rapidly and our traction in the market increase, we just felt it was exactly the right time to step forward with our own brand.”