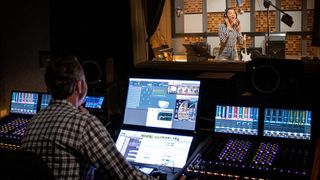 Dolby and Universal Music Group announced today that the pair will release ‘thousands of songs’ from the music label in the Dolby Atmos Music format.

The new, remastered versions of these songs will include “a diverse list of artists across a wide range of genres, from hip-hop, pop, and rock through jazz and classical music”. In an email to TechRadar, a Dolby representative explicitly mentioned “What’s Goin On” by Marvin Gaye, “7th heaven” by Beck, “Drive” by R.E.M. and “Mama said Knock You Out” by LL Cool J.

Dolby Atmos, for those who might not be familiar with the technology, is like super-powered surround sound that doesn’t just use two-channels (stereo), five-channels (surround) or seven-channels of audio, but rather any number of channels that the audio editor chooses. Each channel, in this case, can be an instrument or sound effect, layering the effects to create a 360-degree sound sphere.

According to Michael Frey, UMG’s President of Operations, the reasoning behind the remastering is to allow artists to “share their music directly as intended and created in the studio. Dolby Atmos Music gives artists the power and creative freedom to express their story like never before.”

The Dolby representative we spoke to didn’t give the exact timing of when the songs would be available to listen to, but said that the companies will have more information about the partnership soon.