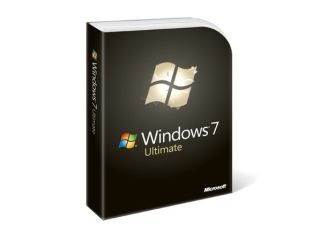 Microsoft is in Windows 7 heaven

Microsoft has revealed that its latest operating system, Windows 7, has sailed past the 90 million sales mark, prompting much celebration from the company.

The announcement came at the Morgan Stanley Technology Media & Telecom Conference, where Chief Financial Officer Peter Klein relayed the fact that 90 million licences for the product had been shifted.

The news was also put into a blog, with Microsoft's Brandon LeBlanc noting that the company was "humbled and excited that people are responding so positively to Windows 7 - our customers have made it the fastest selling operating system in history".

The blog also went on to big up PCs, saying that there's a number of hardware innovations coming to the high streets soon, including the Sony Vaio X which is so small "it could fit inside a MacBook Air".

Released back in October 2009, Windows 7 has been a great success for Microsoft – both critically and commercially.

Microsoft must be crossing all its fingers that this positivity will leak into the mobile phone market, where the company is preparing its latest OS – Windows Phone 7 Series.