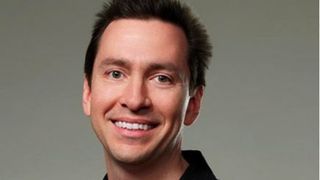 An Apple executive considered one of the founding architects of the Mac OS X operating system and leader of the company's iOS division is leaving the company next year.

According to an Apple press release, Scott Forstall will depart in 2013. Until then, he will serve as an advisor to CEO Tim Cook.

The senior vice president of iOS will see his responsibilities taken over by Craig Federighi, whom Apple said will lead both iOS and OS X.

Forstall has hit some rough spots recently, most notably overseeing the flop of Apple's native Maps feature. No reasons for his leaving were provided by Apple.

Earlier this year, an unofficial biography marked the overtly ambitious Forstall as a "CEO-in-waiting" at the Cupertino firm.

Apple also announced John Browett, head of retail, is also departing. A search for his replacement is underway, though until a suitable fit is found, the division will report directly to Cook.

While Forstall and Browett are making their exits, three other Apple executives were bestowed with new responsibilities.

Jony Ive, senior vice president of industrial design, will add the leadership and direction of "Human Interface" to his to-do list.

Siri and Maps now fall under Eddy Cue, chief of internet software and services, a move that Apple said placed "all of our online services into one group."

Those online services include the iTunes Store, App Store and iCloud.

In keeping with the coalescing theme, Bob Mansfield, a senior vice president, will lead Technologies, a new group that "combines all of Apple's wireless teams across the company in one organization."

"This organization will also include the semiconductor teams, who have ambitions plans for the future," Apple almost teased in its release.

TechRadar has reached out to Apple for comment and will update this story if and when the company responds.