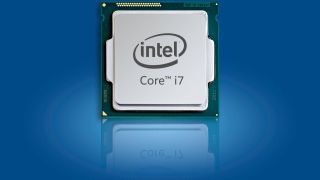 Intel has introduced 10 new desktop processors at the Computex event in Taiwan; most of them come with the Iris Pro Graphics 6200, the first time that the GPU is brought to the desktop market.

All the parts, Core i7 and Core i5 Broadwell-H models, are manufactured using Intel's 14nm process technology and have a TDP ranging from 47W to 65W with dual and quad-core models.

A couple of them are unlocked which means that users will be able to overclock them. Intel also claims that graphics performance will be double that of previous CPUs which used HD Graphics 4600.

A server rack running these Xeons should be able to deliver more than 4300 HD video streams simultaneously, a 40% improvement on the previous generation.

The current generation is viewed as a stop gap ahead of the launch of Skylake, the company's 6th generation architecture, later this year.

Paradoxically, we've witnessed a number of products being launched at Computex with Skylake processors (or so it seems).