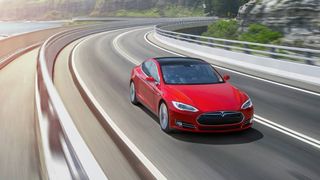 After ten years, Elon Musk has updated the master plan that determines the direction of electric car company Tesla.

The plan puts onto paper details that Musk has already made public, such as the acquisition of solar panel firm Solar City and autonomous driving, but confirms that they will remain a focus for the company going forward.

Until now Tesla has focussed on the consumer portion of the market with the Roadster and Models S, X and 3, but going forward the company will begin to look at heavy-duty trucks and "high passengery-density urban transport" or "busses" to you and I.

With a significant portion of vehicles on the roads consisting of these commercial vehicles, Tesla's move into this area, due to be announced next year, will be a large step towards transitioning towards an all-electric future.

But these vehicles will present challenges to the company that are unseen in consumer vehicles. Whereas most of the usage from consumer vehicles comes from commuting, where distances are short and to predefined points (that can then be equipped with chargers), heavy-duty trucks and busses are on the road for much longer periods of time, visiting a much more diverse series of locations.

On the consumer side Musk points towards a compact SUV being on the way and a new kind of pickup truck.

They're not getting any cheaper

But unfortunate news for anyone waiting for a more affordable Tesla after the Model 3 as Musk says this "is unlikely to be necessary, because of the third part of the plan [vehicle autonomy] described below."

The post then goes on to describe how Tesla owners will be able to subsidise the cost of their vehicle through autonomously renting it out to others while they're not using it.

Non-Tesla owners will be able to summon a car in the same way we summon Uber today, and then have the car autonomously drive itself to their location to use themselves.

Musk claims that the average person only uses their cars for 5-10% of the day, which theoretically means that it could be loaned out for the remainder of the time.

Then again with Tesla's continuing to require a number of hours to fully charge it's unclear how much time it will actually be available to be loaned out.

Conclusion: Tesla to drill down and diversify

There's nothing hugely surprising in Musk's post, but it's a shame to see an official confirmation that we will not see a car that intends to undercut the Model 3 on price.

Other plans, such as the integration of Solar City with Tesla's existing home battery technology, and the continued development of the company's self-driving technology seem like logical steps for the company to take.

But perhaps what we're most excited to see is how Tesla intends to approach the issues of battery-powered commercial vehicles, which will introduce challenges that are unseen in consumer vehicles.