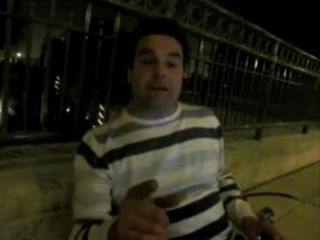 A foolish journalist covering the US election was caught on camera ranting drunkenly at his bosses back in the UK and resigning in an expletive-filled rant.

Adam Smith was covering the event for a newspaper in Birmingham, and decided to hold forth on his feelings about the organisation he works for and admitting some interesting things about his story-gathering via the wonder of YouTube.

"As an ill-advised promise, I've decided to say to my paper back home that I'd write about the American election. I wanted to be here because I'm here for history.

"The trouble is, the readers of the Birmingham Mail are going to get my version of history. And I'm just a little bit pissed.

"100,000 people in Birmingham are going to be reading this [copy], and it's their version of events in America as I see it."

He then goes on to shoot himself in the foot somewhat by stating: "It's not going to be online, it's going to printed in papers. I'm a proper journo."

This is moments before he admits: "I've gone and copied the quotes off the BBC [news website]".

He later retracts the rant in a more sober video the next day, but it appears the 'proper' journalist, who it has been revealed has taken redundancy at the Birmingham Mail, might have to forego severance pay after "bringing the organisation into disrepute".